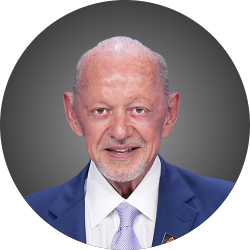 Mr. Hilbert is Chairman of the Board and Chief Executive Officer of SILAC®, Inc. From 1979 to 2000, Mr. Hilbert was President, Chairman of the Board, and Chief Executive Officer of Conseco, Inc. (“Conseco”). Mr. Hilbert founded Conseco with $10,000 to capitalize on an opportunity he identified in the life insurance industry. Mr. Hilbert took Conseco public in 1985, when it had $100 Million of assets. In 1986, he took Conseco from the NASDAQ to the New York Stock Exchange. In 1994, Mr. Hilbert was CEO of four New York Stock Exchange listed companies. Under Mr. Hilbert’s leadership, Conseco grew to a NYSE financial services company with $23 Billion of equity market capital and $100 Billion of assets under management.

Mr. Hilbert formed two life insurance specific funds targeting life insurance acquisitions and developing life and health products. CCP was formed in 1990 and was one of the best performing funds where investors received over 100% IRR. CCP was distributed in 1994. CCPII was the second insurance fund formed in 1994. Investors received approximately 80% IRR on the fund, which was distributed in 1995. Mr. Hilbert left Conseco in April 2000. In December 2002, Conseco filed for bankruptcy protection primarily to deal with its finance subsidiary. The life insurance subsidiaries of Conseco never filed bankruptcy and re-emerged as a New York Stock Exchange company CNO.

Mr. Hilbert formed and managed a private equity fund, MH Equity, from 2005 through 2013.